Did rapid growth of ethanol production in the US affect global food price volatility?

Posted by Jonathan Barker on November 1, 2013 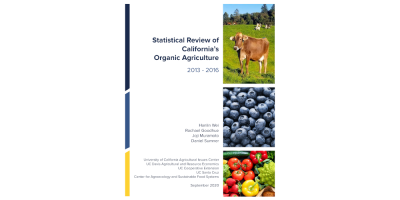 The National Renewable Fuel Standard Program (RFS), also known as the ethanol mandate, was initiated in 2005 and revised in 2007. Among other things, the RFS required 15 billion gallons of corn-based ethanol to be blended into the nation’s gasoline supply by 2015. The intent was greater energy independence, lower fuel prices, and lower greenhouse gas emissions. Largely as a result of the RFS, US ethanol production expanded rapidly, reaching 13.3 billion gallons in 2012, an increase from 3.9 billion gallons in 2005. As ethanol production increased, internationally traded food prices also grew and became more volatile.

The confluence of these trends raises the question: Did the US ethanol mandate cause the global spike in food prices and volatility? Although it’s clear that greater demand will increase price, many other factors simultaneously affected world food commodity markets. Persistent drought sharply reduced crop production in Australia from 2006–2010, Russia and Europe in 2010 and the United States in 2011 and 2012. Many also point to rapid economic growth and demand for commodities in emerging Asian economies. Given these coincident events, there is some debate about the role of ethanol in recent price spikes.