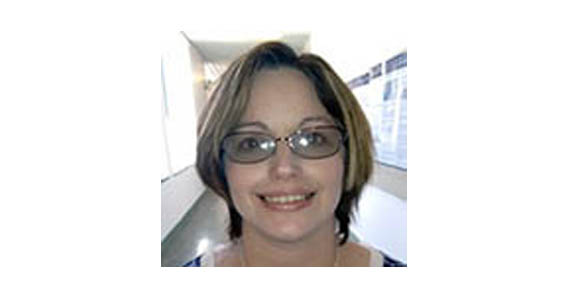 This year marks the graduation of senior Lisa Knapp, who has been a student researcher at AIC since fall 2014. In her work at the Center, Knapp got to hone her skills analyzing large data sets using the statistical tools she had learned. “I received real-world econometrics experience that I just couldn’t have gotten out of a classroom,” says Knapp—as well as engaging with the issues that mattered most to her. “I have learned much about sustainability,” she says, “especially with respect to global warming and its impact on agriculture.”

After graduation, Knapp will be a district sales manager with Pepsico/Frito-Lay. In this role, she’ll have the opportunity to pursue her interest in sustainability on a larger scale inspired her to pursue agricultural and resource economics. “That was one of my draws to Pepsico,” says Knapp. “I was aware that the CEO was a major figure in food sustainability globally.”

Knapp first decided to pursue Agriculture and Resource Economics as a major not just because of an interest in the economics of California’s food and beverage industry, but also because she “wanted a career that would make a difference and help promote sustainability.” While enrolled in AIC Director Dan Sumner’s microeconomics course, Knapp became interested in Sumner’s research, and she went to his office hours to learn more. The two got to a discussion of the latest projects underway at the AIC, and Sumner hired her for a research position.

Knapp, who hails from Vacaville, California, is not your typical undergraduate: a career waitress, she went back to school after her kids were grown. The moment of truth came one day when Knapp was helping her daughter, Sara, study flash cards for a class at Solano Community College. Sara, noticing her mother’s natural aptitude for learning the material, told her mom that it was never too late to go back to school. Knapp soon enrolled at Solano, where she joined Sara and her brother as a full-time student.

After two years with a 4.0 GPA, Lisa was accepted as a transfer student at UC Davis, and the rest was history. “Once I got to UCD,” says Knapp, “it was a no-brainer to take advantage of all that was offered, and obtaining a research position was at the top of that list from day one.”

“I am living proof,” says Knapp, “that it is never too late to follow your dreams.”