Presentation on “the economics and politics of alternative funding models: benefits and beneficiaries” 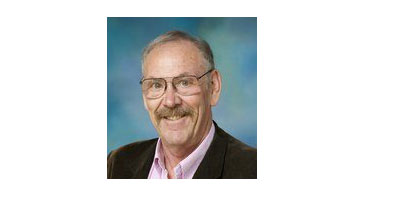 Julian Alston, AIC associate director and Distinguished Professor in the Department of Agricultural and Resource Economics at UC Davis and Director of the Robert Mondavi Institute Center for Wine Economics, gave a lecture on the opening day of the annual conference of the ICABR (International Consortium for Applied Biotechnology Research) entitled “Economics and Politics of Alternative Funding Models: Benefits and Beneficiaries.”

Alston began his presentation by pointing out that few outside the academic world are familiar with Norman Borlaug, the man who revolutionized crop technology. However, according to Alston, Borlaug may well have “saved more lives than any person who ever lived” by enabling farmers to produce at an unprecedented scale and save hundreds of millions—perhaps a billion—of the world’s poorest people from starvation. Not bad for a science geek.

In spite of the comprehensive evidence for high aggregate returns to agricultural research investment, Alston observed that public funding is declining. He suggested that the agricultural R&D industry suffers from a “failure to communicate” to policymakers and to the public about these returns—a problem that connects in part to a lack of overall clarity on defining the constituency that benefits from such research. Who are the principal beneficiaries of agricultural R&D? Scientists? Bureaucrats? The economists who do their bidding? Whatever the answers, Alston suggested that this communication problem may be contributing to the current situation of underfunded agricultural research across the board.

We have compiled a “mountain of evidence,” argued Alston, indicating widespread underinvestment in agricultural R&D—but evaluating the returns to R&D can be a tricky business. Alston pointed out that many past studies on the topic have yielded downright implausible estimates of the returns to agricultural R&D investment, thus undermining the credibility of the whole literature.

In a 2000 meta-study, for instance, Alston and his colleagues found a mean estimated real IRR of 81.3%—a number that would imply, implausibly, that a $2 billion investment over 20 years would yield $2.9 quadrillion in economic gains, thus “exceeding the GDP of the solar system.” Are there more credible metrics for measuring such gains? Alston suggested that perhaps focusing on more relatable, less money-driven success stories—like the millions of lives saved by Bourlaug—might be more useful ways of communicating with the public than facially dubious IRR measurements.

In terms of policy, Alston argued that in some cases levy funding distributes costs fairly and efficiently across producers, consumers, and other market participants in proportion to their benefits form the research. On the other hand, in many cases the conditions for this perfect matching may not hold, thus blurring the picture. Alston raised the problem of “diseconomies of diversity” in using collective action approaches to provide R&D, which compounds the problems caused by unclear payoffs. Producers may differ in their respective propensities for innovation, their respective abilities to benefit from technologies developed through levy-funded research, and the actual and perceived benefits to each of them from adoption.

Producers who do not adopt may even be harmed by levy-funded innovation—not only because they don’t benefit from the technologies for which they have contributed to funding, but also because prices may be driven down by others’ adoption. Finally, some innovations may benefit the future producers who don’t pay for them rather than the current producers who pay for them. How should society deal with these complex incentive problems?

In conclusion, Alston reviewed several possible strategies of improving on the current state of affairs. Optimizing the ways that firms directly or indirectly vote on levy systems, for instance, may not resolve such issues completely, but it may help. Matching grants from government may encourage producers to provide agricultural R&D collectively, based on levies. He noted that producers could be much worse off under strictly private funding arrangements or mixed approaches, such as the Australian public-private wheat-breeding system that uses end-point royalties.