Hoping for a TPP miracle

Posted by Jonathan Barker on December 3, 2016 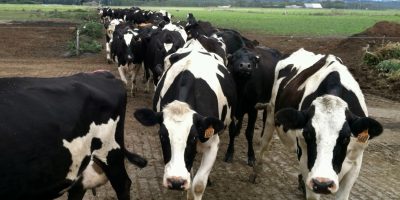 HOPING FOR A TPP MIRACLE: Despite President-elect Donald Trump’s strong criticism of the TPP on the campaign trail and all of the statements by GOP leaders that Congress won’t take up the trade deal during the lame duck, Paul Wenger, president of the California Farm Bureau Federation, told Capital Public Radio that he remains optimistic. California is the nation’s largest agricultural state and exports 20 percent of what it produces.

“This administration, as they come in, are going to have to take a look at it. And if he’s such a good businessman, he will see this was a good deal,” Wenger said.

Dan Sumner, an agricultural economist at the University of California, Davis, also believes there’s a chance Trump won’t kill TPP. “I can imagine President Trump asking for a delay on that until he renegotiates parts of it,” Sumner said. “And if he can renegotiate what he considers a better deal, great. And he may well be very instrumental in getting such a thing through Congress.” More here.