Visiting Professor at AIC – Luca Salvatici, Professor of Economic Policy at the Department of Economics of Roma Tre University 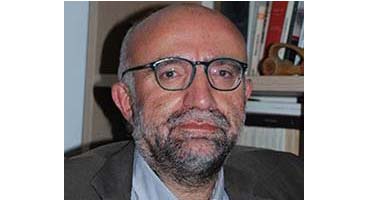 Luca Salvatici, Professor of Economic Policy at the Department of Economics of Roma Tre University, coordinator of the PhD program in Economics at Roma Tre University. He received his Master of Science and Ph.D in Agricultural and Resource Economics from the University of California at Davis. He has extensive experience working with Italian and European Union public institutions as well as with The World Bank, the Food and Agriculture Organization of the United Nations, and the International Food Policy Research Institute.

Luca is one of the leading trade and agricultural policy economist in Europe.

Last year he was among the authors of a commissioned paper by the International Agricultural Trade Research Consortium on “Trade Impacts of Agricultural Support in the EU”.  He will deliver the First Lecture in honour of Giovanni Anania at the XV European Association of Agricultural Economists Congress in Italy in August.